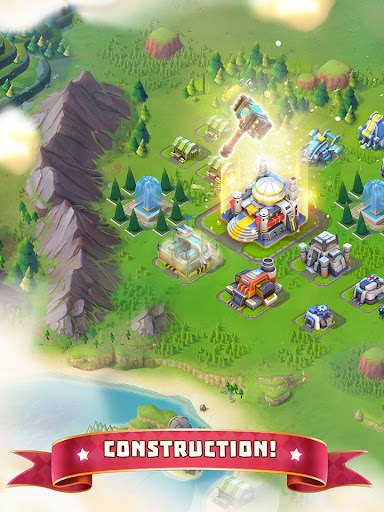 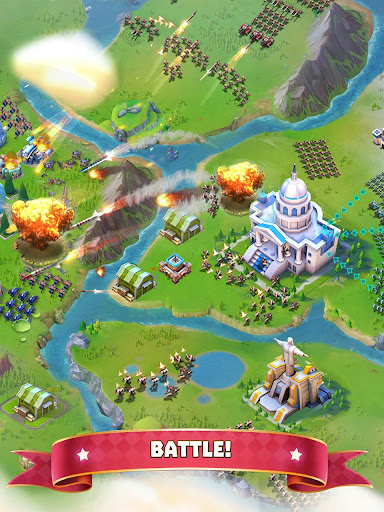 Welcome to the open beta of Global War: Rise Of Civilization! Become the excellent military commander in the brand new MMO strategy game! Build a powerful base and troops, lead your heroes into an epic battle, and create powerful civilization to rule the cities and miracles.

Apophis impacted earth in 2109, billions of people escaped to giant space stations to seek refuge.
An AI defense system named Cradle has developed a large amount of mechanical monsters and occupied the earth.
As one of the returner troops with highest mission, you will battle and take earth back. We are looking forward to seeing the day you dominate the earth.

🌏 Legendary National Heroes
Recruit national heroes from world civilization and command them to battle. Imagine the legendary Lincoln and Suleiman serving in your army!

🌏 Freestyle City-building
Build your base and make your city unique while upgrading. Put your imagination on customization.

🌏 Open World Exploration
No matter what server you hail from, you have the chance to explore the open world by crossing server to server and conquer the whole world.

Come and join the strongest alliance to battle against players around the world for domination in Global War!

Join our Facebook community and let us hear from you:
🔗 https://www.facebook.com/globalwar.us/
This update is as follows:
1. We have optimized our online personal activities
2, the world trend to increase the level of conditions
3. Email system optimization: The upper limit of combat record emails was raised to 100
App id = com.windplay.globalwar