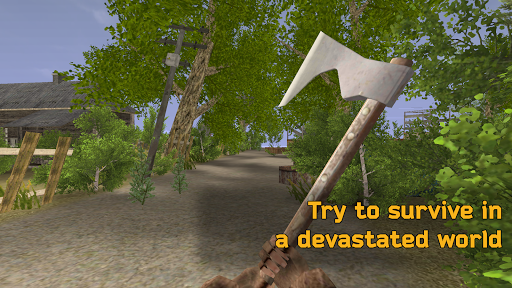 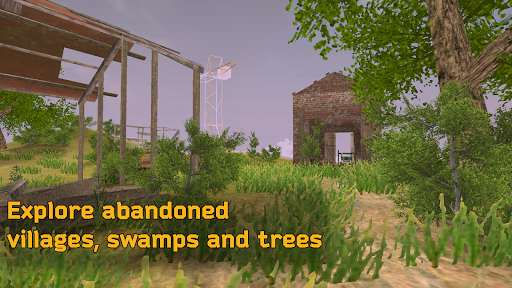 Dive into the world destroyed by nuclear war! Survive, if you can, among the mutants, radiation, hunger and bloodthirsty enemies in post-apocalyptic world. Survival Nuclear Sunset is not so easy. Think first of all about yourself, but do not forget about your fellow survivors, who were also unlucky in this apocalypse. Full freedom of action, a lot of quests, as well as a big world full of dangers, hiding places, secrets… A lot of useful things are placed inside abandoned houses.

Common life turned into true survival after nuclear war. Apocalypse destroyed modern civilization, but not humanity. There is a long story about life in destroy. People left cities, because they were polluted by radiation.

You are just another survivor, but you have no community, because you woke up in the forest and even didn’t remember your name. Get up and try to stay alive! You can do it even offline.

Nuclear Sunset – survival action game with shooter elements about doom world, where your common target is to survive. There are four locations with very different content. Some of the places were inspired by real radioactive locations in Chernobyl abandoned zone. Village is the zone, which is controlled by your fellows, some of which give you quests. Forest – location without people, but full of wolves, that will try to kill everyone. Your duty is to protect your camp from hostile community, which bases on swamp. Also there is a very weak frontier between your camp and forest full of beasts.

A lot of survival elements are in this post apocalypse game, although it has much more other interestings things. You will get quests from your community members, when you should make different types of activities – to protect your comrades, find useful things. Some of these quests are connected with a story that sometimes has unpredictable turns.

Use all that remains after the nuclear war, that happened 50 years ago. This survival offline game has a lot of weapons – knives, axes, bows, crossbows, and even firearms. You have an ability to change your way of passing quests: using melee weapons, shooting from handmade guns or sniper manner. But do not think that everything is easy to get. To get really good weapons and armor, you will need to buy them. It’s needed to improve your equipment to survive. Earn local post apocalypse currency – matchboxes, performing tasks, hunting and trading with your fellow tribesmen. Good luck at nuclear battlegrounds.

As it was said before, there are a lot of hiding places, which contain useful things. You can research abandoned houses, vehicles and wastelands to find things that need for survival or you can just sell it. Four big locations, where you will complete your quests, are full of caches in hiding furniture, bags and boxes.

Nuclear Sunset is a survival game in the post-apocalyptic world with numerous dangers such as contagion, killing wild beasts, mad humans and closed radioactive territories. It works offline. Your fellows, who outlast in this badlands, left their camp only in daylight. And you must too! You can sleep in the camp. Also you’ll find there tribesmen, with whom you can trade. Story revolves around war between two communities that fight for fertile land and safe buildings.

Apocalypse turned all people into enemies.

Don’t keep the attention to overcome this crucible post apocalypse! Download this survival game! Pull the trigger and try to not to die!
Graphics were updated (added shadows)
New system of caches
All locations were opened almost at the start
Adaptation for non-standard screens
Add ability to switch auto aim off, if enemy is near
Mission in the cellar was eased
Jump was added
Add German localization
Bugs fixes
App id = com.InGames.NuclearSunset